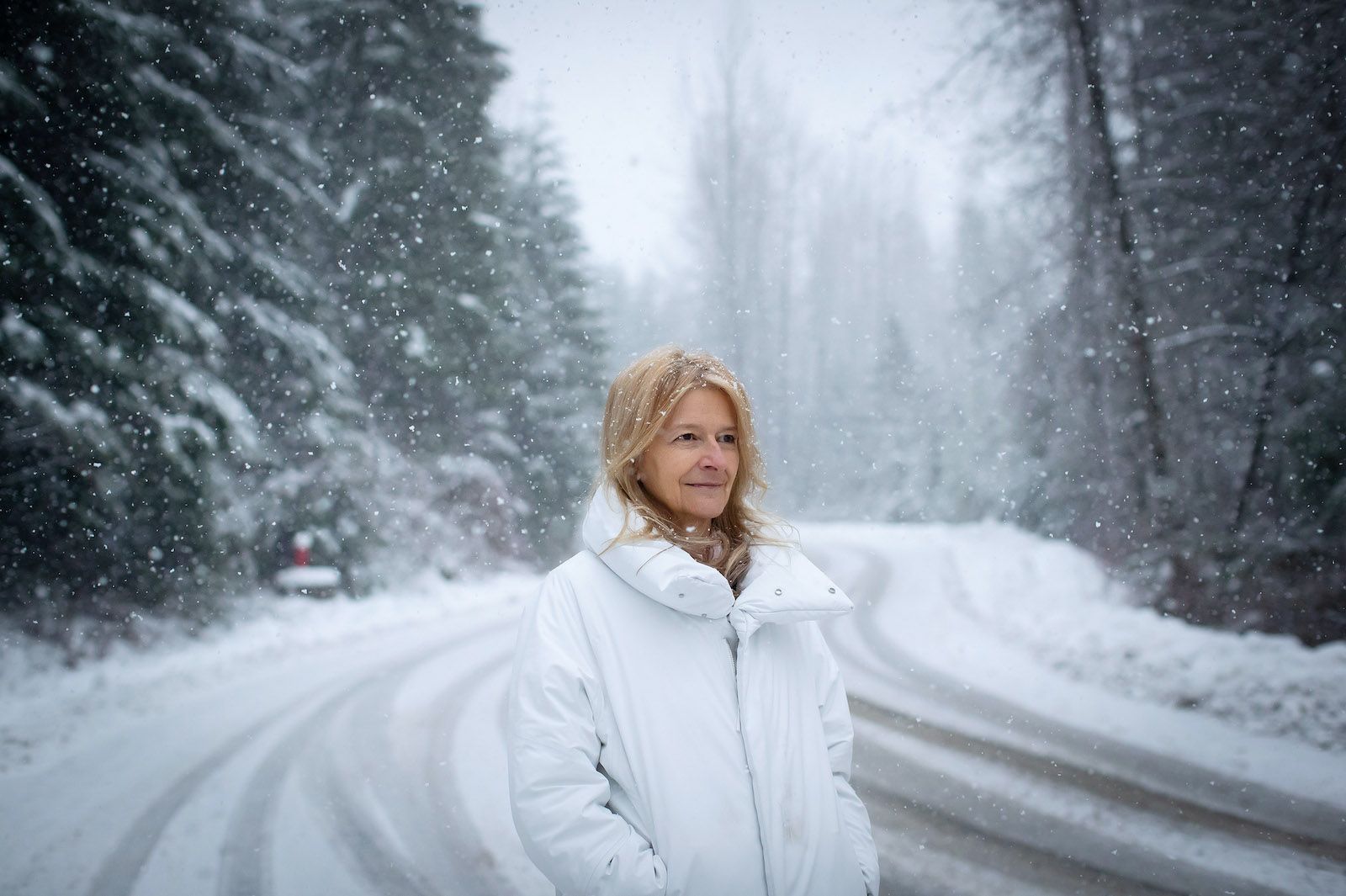 Whether it’s navigating the slopes of Whistler or a downturn in the markets, her advice is similar: prepare as best you can and then ride out the twists and bumps.

“What goes down will come up,” says Hess. “Secure the short term and then stick to your strategy.”

Words born of experience and the optimism of a natural leader.

Hess is in the midst of a planned transition at Vancouver-based Copperleaf Technologies, a 22-year-old company that makes decision-analytics software for infrastructure-heavy utilities, transportation companies and oil and gas enterprises. After 13 years at the helm, she is scheduled to hand off the CEO duties in January to current President Paul Sakrzewski, after which she'll shift into a new role as Chief Strategist and Vice-Chair of the Copperleaf board.

In a conversation with Tech News, Hess reflected on her experience at growing a Canadian startup into an international success story and the turbulence that's currently rocking the global technology sector.

“Today’s environment is really challenging,” she says. “That’s something everyone has to come to grips with. From Covid and the talent war and the supply chain challenges and what’s happening in the economy, and the Ukraine war… it just goes on and on and on.”

Hess, who describes herself “as being on the optimistic side of realism,” says she has been through enough economic cycles to know that if you “secure the short term,” things will improve.

When she was tapped to lead Copperleaf in 2009, global markets were still reeling from the financial crisis of 2008. As the new CEO, Hess’s No. 1 priority was to raise cash.

“That was the focus of every cell in my body,” she recalls. “It was a very fraught process, let me tell you. It only got worse before it got better.”

But it did get better.

Hess managed to land a $7.34-million investment deal by the end of her first year. The money secured the company’s short term and provided the means to pursue a longer-term strategy.

Hess went on to grow Copperleaf from a 29-person startup with less than $1 million in revenue to a publicly traded company with more than 400 employees, a global roster of marquee customers and steadily growing revenue, which hit $69 million in 2021.

Hess herself has garnered a string of accolades and awards, including being named one of Canada's Most Admired CEOs (2021); an EY Entrepreneur of the Year award as a “culture builder” (2021); a B.C. CEO award (2019); one of Canada’s Most Powerful Women (2018 and 2019); and recognition for hiring more women into senior roles in technology.

Of her many accomplishments, Hess is particularly proud of the role that Copperleaf plays in helping clients meet their strategic goals – especially targets associated with energy conservation and the reduction of greenhouse-gas emissions. In just one example, the large U.K. utility Anglian Water recently won an Innovation Excellence Award for a carbon-management program that was enabled by the use of Copperleaf’s decision-analytics solution.

“We help companies invest in their businesses in a way that helps them reach their strategic goals,” says Hess.

This tech-for-good aspect of Copperleaf’s business is both a point of pride with Hess and a selling feature for hiring talent.

“We’ve been able to attract good people because we are ‘tech for good’ and we are focused on building a better world one decision at a time,” she says.

Last fall, Hess led Copperleaf’s initial public offering on the Toronto Stock Exchange, one of the last in a flurry of Canadian tech IPOs that took place during the heady investment days of 2021. The company’s shares have since tumbled significantly from the IPO price of $15. However, revenue continues to rise, the company added new clients in Q3 and a number of analysts have maintained an “outperform” rating on the stock.

Most importantly, perhaps, the IPO raise of $161 million provides Copperleaf with the means to continue growing its revenues despite the uncertainty that's roiling the global economy.

“With the completion of our IPO, Copperleaf is well capitalized for the next phase of our growth,” Hess said while announcing the leadership transition last month. “Now is the ideal time for me to transition from my role as CEO to focus on my passion for strategy focused on maximizing Copperleaf's global potential.”

The veteran leader is looking forward to the next stage of an exceptional career.

A native of Toronto, Hess graduated from the University of Waterloo in 1982 with an Honours Bachelor of Mathematics Degree. A passion for skiing and mountains drew her west. She accepted a job as a software engineer with aerospace company MacDonald, Dettwiler and Associates (now known as MDA) in the Vancouver suburb of Richmond.

“I have been in Vancouver for 40 years,” says Hess. “It’s fantastic. I came out and thought I’d spend a couple of years here, and I never went back.”

In 2009 she started getting calls from two former C-suite colleagues at Creo who had invested in a startup called Copperleaf Technologies. They were looking for a CEO to grow the business; Hess was at the top of their list

“I thought this could be really fun because I knew who I’d be working with,” she recalls.

Copperleaf had just one major client at the time – a U.S. electricity provider that’s still a customer – but it had a promising decision-analytics product. Hess’s former Creo colleagues were confident that with the right CEO at the helm, Copperleaf had a bright future.

“It was a very small company at the time and I’d never joined such a small company before,” says Hess. “I saw it as a real challenge.”

And what was her initial mandate?

“It was: ‘We need someone who can raise money to capitalize the company, we need someone to drive the growth of this company going forward and realize its potential, and of course build out a team that can make this a market reality.’”

Which, over the course of the past 13 years, Hess accomplished.

As she transitions into a new role at Copperleaf, Hess is looking forward to balancing her love for work with her love of skiing, hiking and enjoying the mountains of B.C.

“I really enjoy working and I love what we do at Copperleaf,” she says. “But I think people have to make sure that they do some of the things they love outside of work. I love skiing, and I love mountains, and I love where mountains meet the ocean. That’s why I came to B.C., because of Whistler. I’ve been skiing here for 40 years. It would be very hard to leave.”

Kevin Crowley is a Staff Writer for Communitech News. He is a Michener-Award-winning former newspaper journalist with the Waterloo Region Record, and former Director of Communications and Public Affairs at Wilfrid Laurier University in Waterloo, Ont.
Miovision acquires Rapid Flow
News home
M-Theory: So you have an audience – now what?

Sign up for the ‘Your Week in Tech’ newsletter!